Today is the Birthday of the World, illustrated by Alison Jay, Dutton Children's Books 2009

Books I wrote and illustrated:

Alexis and the Golden Ring, Macmillan 1980

A Picture Book of Passover, Holiday House 1982
All three were then published in paperback by Scholastic.

The publisher of TODAY IS THE BIRTHDAY OF THE WORLD

The publisher of THE CASTLE ON HESTER STREET 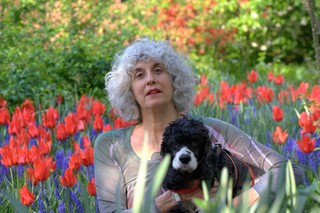 Here I am in Central Park with my dog Sparky

I was born in New York City five blocks from my current apartment. I received a B.F.A. in illustration from the Rhode Island School of Design,a place I loved and where I spent an entire year painting a single lemon, although surely the teacher replaced it with a new one when it started to shrivel. I only remember mixing all sorts of yellows. I began my professional career as an animator after seeing the film Enter Hamlet by Fred Mogubgub. The soundtrack was Hamlet's Soliloquy. Every word had a picture. My favorite was of a man in a deli ordering a rye. And I thought, wow, animators must have such fun. My autobiographical film Album was shown at Lincoln Center, the Brooklyn Museum, the Metropolitan Museum of Art and at the Venice Biennale. I also worked on numerous TV commercials and television shows.

When I was in my early thirties someone suggested I illustrate children's books. My first book Lily at the Table was wordless. I wrote the text for the second book, Alexis and the Golden Ring and realized that I loved to write.

I received a 1996 New York Foundation for the Arts Fellowship in Fiction and had an honor story in The Best American Short Stories 1991, was nominated for a Pushcart Prize, won a Literal Latte Fiction Award in 1998 and has had stories in Boulevard, the Northwest Review, New Letters, the Alaska Quarterly Review, Quarter After Eight, Ascent and other publications. My stories have been selected for several anthologies.

I've also written and illustrated eleven children's books. My books received the Parents Choice Award and the Bank Street Award among other honors. Today is the Birthday of the World was released by Dutton in April, 2009. The Castle on Hester Street was reissued in a special anniversary edition by Simon & Schuster in 2007 and is the only book in the forty year history of the Sidney Taylor Award to be honored twice. How Dalia Put a Big Yellow Comforter Inside a Tiny Blue Box was released in August 2011.

I've taught children's book writing and illustrating at the Parsons School of Design and have given writing and art workshops for children throughout the city. 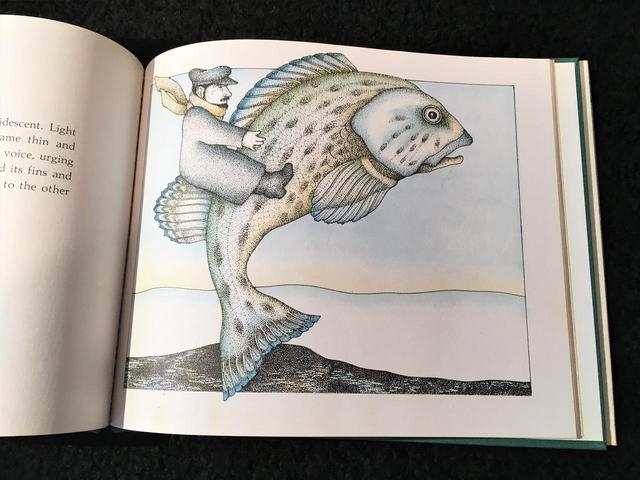 A page I illustrated from Alexis and the Golden Ring. 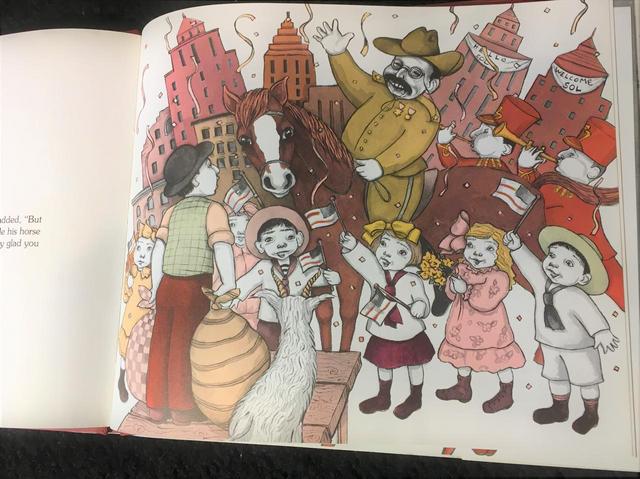 A page I illustrated from the Castle on Hester Street. 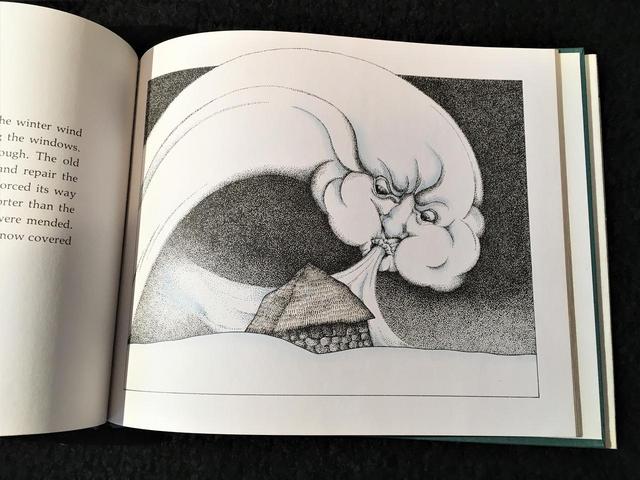 A page from Alexis and the Golden Ring.
Loading…}